As an essential service that is still open during the COVID-19 pandemic, The Eastern Door is fighting hard to keep news like this flowing, in our print product, though an online subscription at www.eastermdoor.com and here, for free, on our website and Facebook.

But when a large portion of our regular revenue has disappeared due to so many other businesses being closed, our circulation being affected by the same issue, and all of our specials canceled until the end of the year, we are looking for alternative ways to keep operations going, staff paid, and the paper out every Friday for you to enjoy.

Please consider a financial contribution to help us keep doing what we do best; telling the stories of our people in a contemporary medium – a solid, continuing archive that documents our cherished, shared history. Your kind donation will go to a newspaper that stands as the historical record, in-depth, informative and award-winning news; colourful stories, and a big boost to the local economy by employing 95 percent local workers.

Also, please consider subscribing to our e-edition, which comes out Thursday night, at www.easterndoor.com today, or pick up your copy Friday morning in Kahnawake, Kanesatake or Chateauguay. Akwesasne delivery has been suspended due to the pandemic and border issues.

We exercise real freedom of the press every single day. Without our reporters fighting for the truth our community would be missing a whole lot of facts, separated from gossip and rumors.

E-transfers are accepted and very much appreciated at: [email protected] 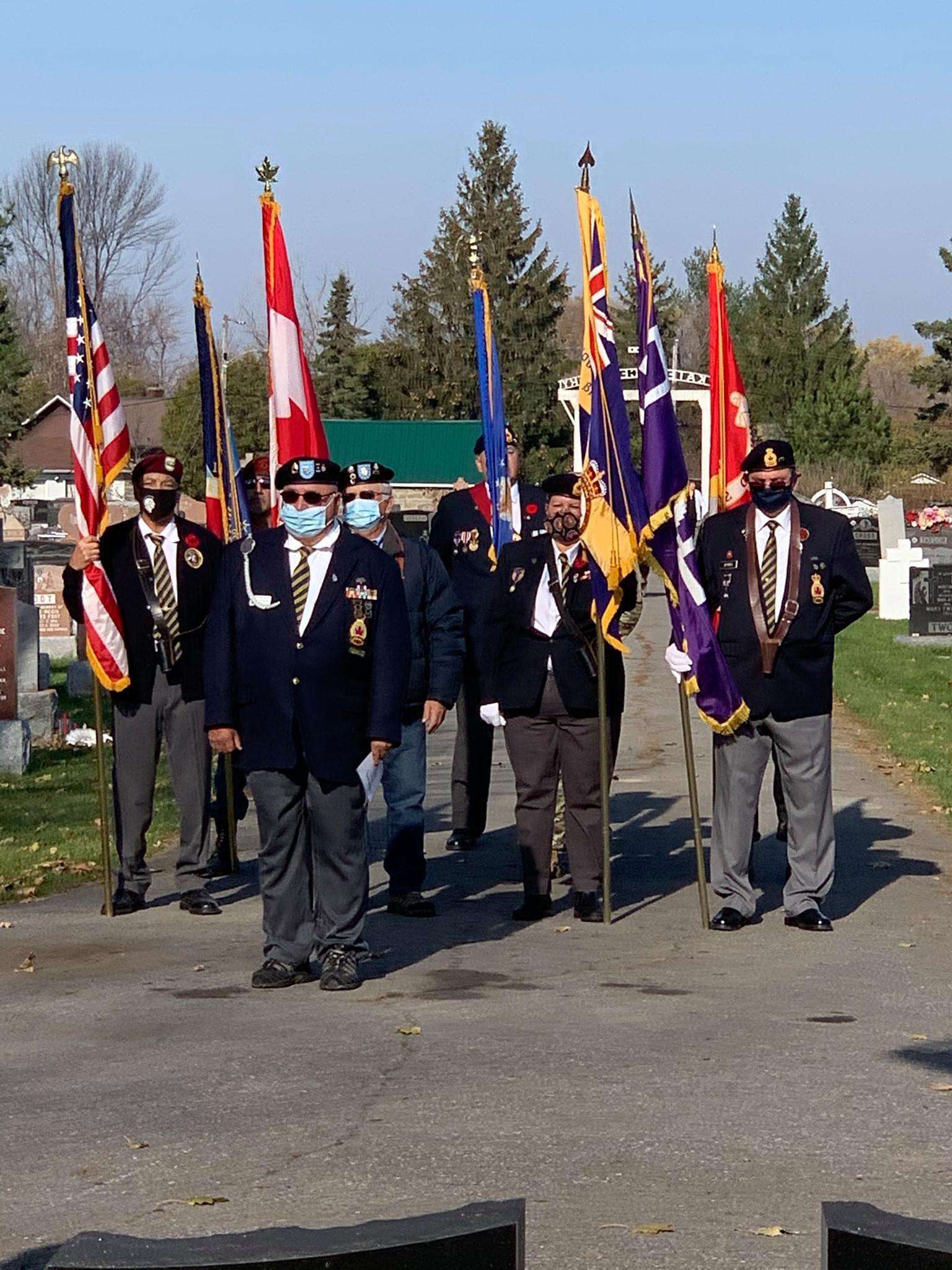 On November 8 and 11, Kahnawa’kehró:non did what they do best, they came together.

Ray Deer, the president of the Royal Canadian Legion’s Mohawk Branch 219 thanked all the resilient community members that helped to create a unique and circumstantial celebration.

“There were many people behind the scene who helped put it together, It was a solemn Remembrance Day, considering everything that happened,” he explained.

Alas, they pulled it off!

As gatherings are still prohibited, and we remain in the dreaded red zone, the annual Remembrance Day parade was cancelled, but people still gathered over the weekend to remember.

“This community has always put the veterans on a pedestal for their service. And to me that is where they should be,” said Deer proudly. The pride in Kahnawake is so powerful and significant, they knew they had to pull something safe and meaningful together.

The organizers decided to create an event that still honoured Kahnawake’s numerous veterans, and created a space for reflection and introspection on this notable day.

The legionnaires met at the Catholic Cemetery Wednesday, where they conducted their usual ceremony. After this, the same ceremony was performed at the Protestant Cemetery. This route stayed the same, keeping in mind the tradition of honouring the veterans in the Spirit World.

Although for safety reasons, there were not as many people involved in the annual poppy campaign – which was moved from the Service Complex to the Legion (Branch 219) – Deer was still quite content with everyone who demonstrated their support.

“Although it is probably not what we normally would take in for the poppy campaign, it was still successful as far as I’m concerned,” said Deer, acknowledging that nothing this year was necessarily “normal.”

Peter “Pitt” Jacobs, manager of the legion, explained that the wreaths were placed the day before Remembrance Day, to assure all were abiding by the social distancing rules.

They had to make compromises, and Jacobs said, “the only ones that placed the wreaths were the families of the veterans who passed away this year.”

Deer acknowledged that this year of all years, it was crucial that veterans who had passed most recently were honoured. “We wanted to do that as closure for those families,” he said.

Jacobs and Deer were thrilled when piper Jeff McCarthy attended the actual Remembrance Day ceremony. “That was his dedication,” said Deer, explaining that it was a deep honour and privilege to have him there.

Of course in Kahnawake, there are many veterans, something the community has always been very proud of. Deer explained that this feeling of pride lives on throughout the whole community, especially within families that are carrying out the legacy of loved ones that served.

“We thank all of the people that have come to thank us for our service, and the donations during our poppy campaign,” he said. 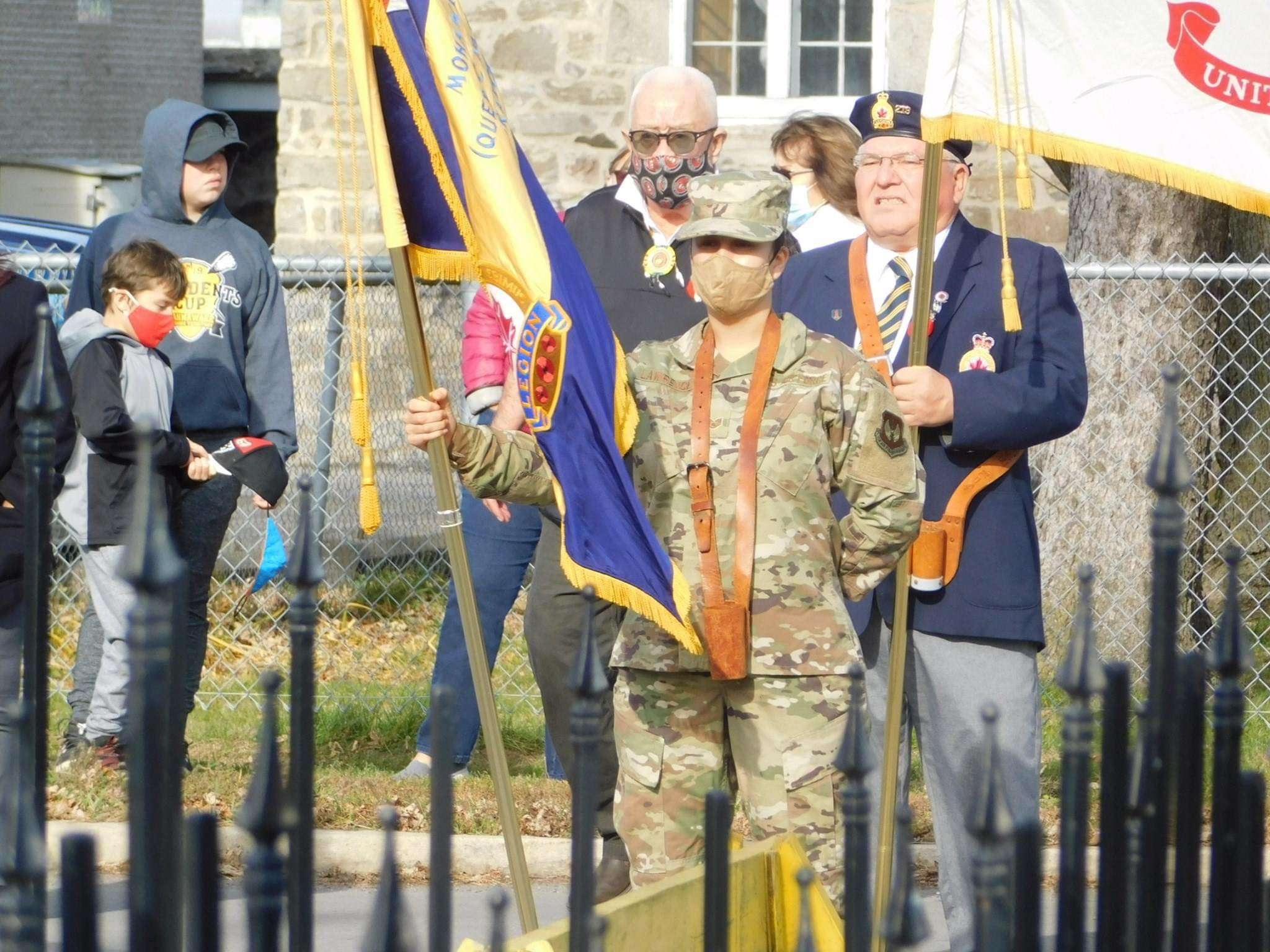