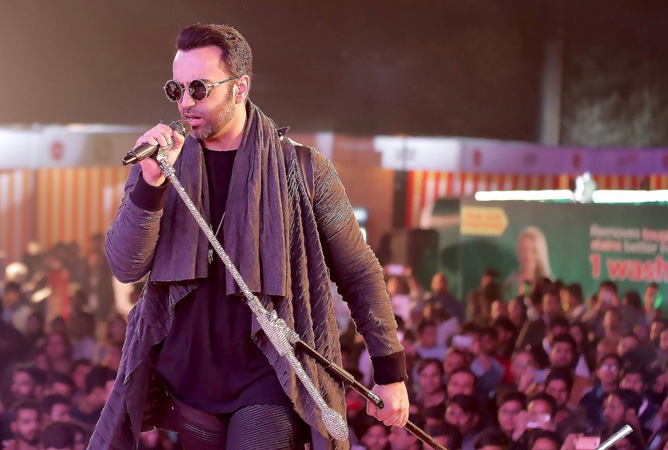 Farhad Humayun has been granted a Stay against Coca-Cola Pakistan by the Intellectual Property Rights Tribunal Lahore, for infringing the copyright of his composition of the song “Neray Aah” in a recent TV commercial.

Respondents are RESTRAINED from using, exhibiting, displaying the song “NERAY Aah” on any / all print, digital or social media platforms in any manner whatsoever .

Coke has been in the news recently for all the wrong reasons, while Coke Studio has been praised for promoting local music and talent; it has been dogged by copyright issues and infringements over the years. This leads us to wonder if this is done on purpose thinking they are a big corporation and musicians will not be able to stand up to them or the management is poor and they genuinely keep making the same mistake over and over again.

One would expect from a global corporation like Coca-Cola to adhere to the principle of giving everyone and anyone who is part of the project their due right, both financially and artistically. Simply lifting a song or composition should not be accepted nor allowed.

Farhad Humayun is the latest in line of multiple previous musicians to face the blatant copyright violation of Coca-Cola. The TVC currently running on TV and social media for Coke Studio’s latest season “Coke and Music” features Humayun’s single “Neray Aah”. The distinct vocalization, guitar rhythm, tempo, music accents, vocal melody and delivery of “Neray Aah” are identical to the artist’s version of the single. The artist was given no indication that his music and single is being used for the TVC and Farhad heard it for the first time after it’s release on TV.

While speaking to Farhad Humayun about Coca-Cola’s infringement of his song; the singer, songwriter, drummer and producer said “Stealing so Blatantly & shamelessly- They’ve lifted the groove, melody, staccato vocalization, accents, tempo from my song, not the film version nor the coke studio version. This has to stop!”

It is easy to understand Farhad’s sentiment, an artist puts their heart and soul in their music. It is a reflection of who they are, what they are feeling and a representation of their talent. It holds value which cannot be measured, it is personal and is to be kept so unless the artist allows it or is a part of it.

This kind of behaviour from Coca-Cola is disheartening for upcoming and seasoned artists who look up to the corporation to promote music. In the past, Coke Studio has had its fair share of debacles, singles have been taken off due to copyright issues which were not sorted prior to its airing. Abida Perveen, Sanam Marvi, Kamran Entertainment and EMI Entertainment are some of the names who have been in the news due to copyright claims.

To give a bit of background, the song ‘Neray Aah’ was acquired by Farhad Humayun in 2011 from famed director Syed Noor which had been featured in his 1998 film titled ‘Choorian’.

Imbibed with a new artistic expression, remixed and rearranged. This version of ‘Neray Aah’ was produced and mastered by Farhad Humayun in his studio. Released under the banner of Farhad Humayun’s band ‘Overload’ the song became an instant hit.

The Overload version of ‘Neray Aah’ is also registered with the Performing Rights Society and the Mechanical Copyright Protection Society in the United Kingdom; companies that pay royalties to artists whose work is streamed, downloaded, reproduced or used in film and television. In this respect, Farhad Humayun is entitled to and receives, both performance and mechanical royalties from his version of ‘Neray Aah’ as the sole owner of this composition. The UK registration of the Overload version with the PRS and the MCPS, unequivocally points to the international protection provided to the intellectual property embedded in Farhad Humayun’s version of ‘Neray Aah.’ Unfortunately, weak implementation of Copyright Laws in Pakistan often leads to problems such as Coca Cola ‘s violation of Farhad Humayun’s intellectual property rights.

According to the official statement sent out by Farhad Humayun’s team, “the blatant infringement of Farhad’s content by Coca Cola is a great disappointment as the corporation professes to champion the efforts of the local music industry but has acted otherwise. The artist has therefore, been forced to seek justice through legal channels.”