Asus has launched three AMD Radeon RX 6900 XT graphics cards; a reference design model, a TUF gaming model, and now to sit atop of the range – a ROG Strix branded model. The newest entrant is the Asus ROG Strix LC Radeon RX 6900 XT Gaming and it is a 2.2 slot design with 240mm radiator described by Asus as “a liquid cooled leviathan”.

One of the first questions about the ROG Strix LC Radeon RX 6900 XT Gaming that entered my mind is – what clock speed advantages does this ‘leviathan’ deliver? Unfortunately, Asus hasn’t provided this key information, and its product pages and comparison tools omit this important detail too. 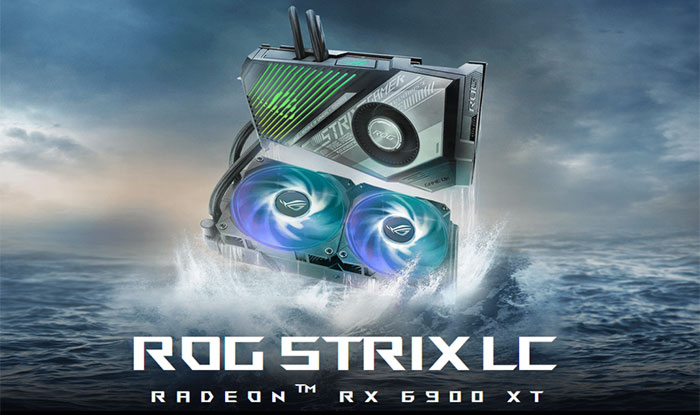 Those interested in AMD’s latest and greatest RDNA 2 GPUs will have probably already read through the HEXUS review of the reference AMD Radeon RX 6900 XT, published on Tuesday, so you will know what to expect from a reference design. Though that reference design is well done and quite widely praised this generation, it is certain that an AiO cooler model will be able to eke performance gains from this GPU, at a price. As a reminder reference clocks are 2,015MHz Game and 2,250MHz Boost and the reference card weighs 1.5kg, and measures 267mm long, 120mm tall, and 2.5 slots thick. 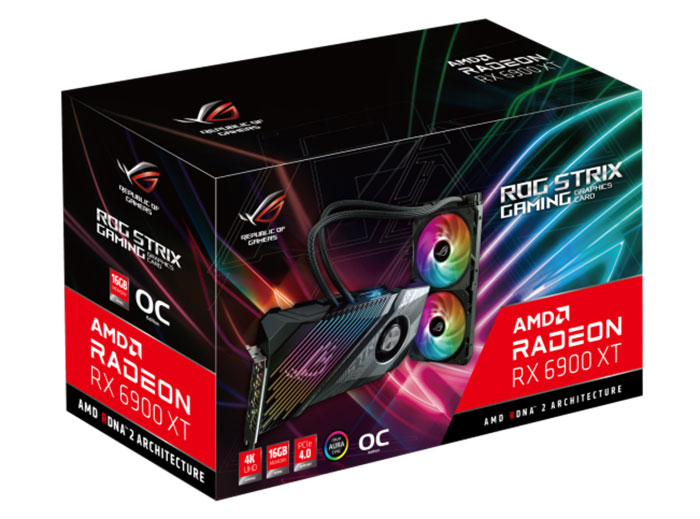 The Asus ROG Strix LC Radeon RX 6900 XT Gaming brings a number of familiar AiO cooler benefits to the table. It has the following key qualities:

As well as the above you have Aura Sync RGB LED lighting on both the add-in-card and radiator. On the card lighting shines through the shroud and logo areas, on the radiator you have twin RGB LED fans. All the areas are individually addressable. 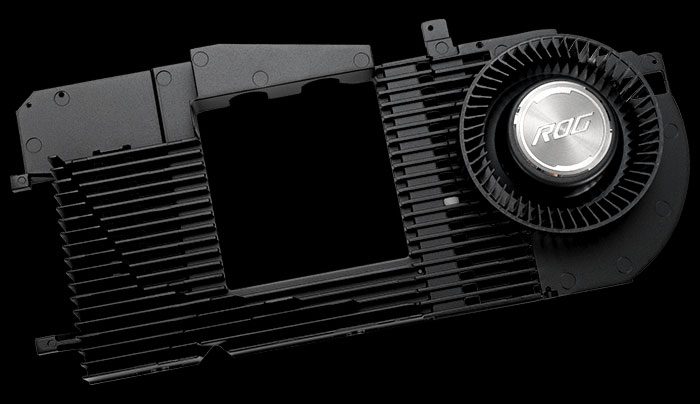 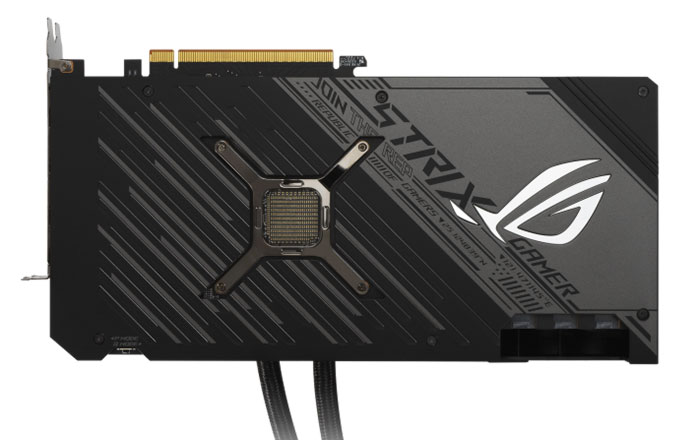