With Christmas comes the promise of family, festivities and fun.

But the coronavirus pandemic has put an end, certainly to family gatherings, this year, especially for those of us in Tier 4 who can no longer meet another household over the Christmas period (support bubbles aside).

So it comes as no surprise that residents around High Wycombe have been putting in extra effort to spread some much-needed Christmas cheer by decorating their homes.

ALSO READ: 23 pictures of the most festive houses around High Wycombe

Some of these houses have been decked up to the nines while others have kept it simple yet elegant – all with a joint mission to cheer people up during what has been an extremely challenging year. 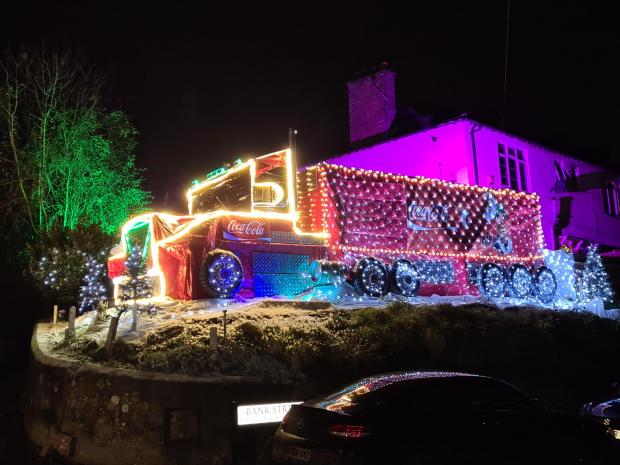 And many of these, especially on the High Wycombe Winter Windowland Christmas Trail 2020, are also raising money for various charities, including Wycombe Women’s Aid.

One house in particular has caught the attention of soft drinks giant Coca-Cola, which has pledged to donate £500 to the High Wycombe charity after seeing a story in the Bucks Free Press about a resident who recreated the iconic Coca-Cola Christmas Truck outside his house. 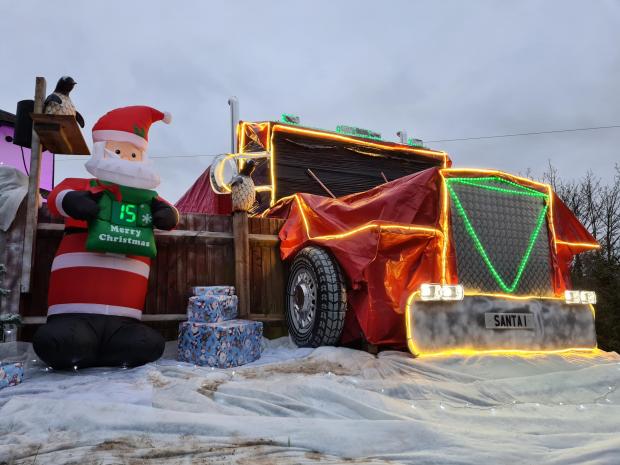 Nathan Jocelyn, along with father Andy, from High Wycombe, has been building the display in Bank Street for four years after repeatedly hearing how seeing the world-famous vehicle marks the start of Christmas for many people.

He said: “When we first built the truck, we had so many fantastic responses cards through the door thanking us for our display as it puts smiles on their faces and gets them excited for Christmas.

“We love to hear these responses and fills us with joy knowing that the hard work we go through is also giving others happiness.”

This year, Nathan and Andy also decided to take part in the inaugural Wycombe Windowland Trail, organised by mum-of-two Rebecca Impey, to help raise money for charity and spread festive cheer – especially after hearing Coca-Cola’s annual Christmas Truck Tour had to be cancelled in light of Covid restrictions.

He said his creation has reached more than 55,000 people this year, after people from as far as London and Hemel Hempstead came to High Wycombe to partake in the dazzling display.

He added: “We know for many when seeing the truck on our screens it means Christmas has finally begun.

“Hopefully, with the year everyone has had, our re-creation will raise everyone’s Christmas spirit.

There is not much this display, in Miersfield, Cressex, does not have!

Speaking about Coca-Cola’s donation, he added: “It’s great to hear they have been in touch and are donating. It’s for a very worthy cause so it sounds great to me.”

Holly Firmin, community partnerships manager at Coca-Cola European Partners, said: “We were blown away when we saw the article about Mr Jocelyn and his family recreating the iconic Coca-Cola Christmas Truck from our Holidays are Coming advert.

“The effort they’ve gone to is highly impressive, and the entire High Wycombe Winter Windowland Christmas Trail displays heart-warming community Christmas spirit, which is exactly what we all need at a time like this.

“What makes it even more special is that the proceeds are going to such a worthy cause like Wycombe’s Women’s Aid, and we are honoured to be able to support their fundraising efforts with a donation.”

A solid effort from this house in Micklefield Road

Trail organiser Ms Impey said she is also thrilled with the company’s donation, which will take the fundraising total to more than £4,000. Her target was £500.

She said: “I never imagined it would snowball this much. I thought it might raise a couple of hundred pounds which would be a nice sum, but this is incredible.”

Ms Impey came up with the idea of a town-wide festive houses trail after being asked to do something similar for her son’s school – and decided it needed to be bigger.

She set up a Facebook page and did a poll of charities that the trail could fundraise for – she said Wycombe Women’s Aid “won by a mile” – and set about making hundreds of maps and family-friendly quizzes for those who donated so they could see the 85 festive houses in action.

She has now made more than 700 maps, mostly from her smartphone, adding she did not think the event would “take off” in the way it has.

She said: “It has been amazing. Eighty-five houses are now a part of the trail.

“I could have never predicted this. I’m a stay-at-home mum doing this all from my phone.

“It was going to be something so simple, I had no idea it would go this far.

“It has made me feel so proud to live in a community like this. I can’t believe the messages I’ve received, from people saying it has made their Christmas.

“I couldn’t have done it without all the people supporting it, it’s been a real community effort. 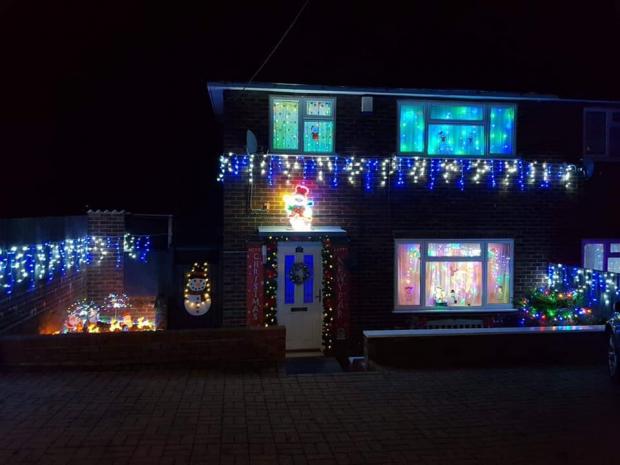 “I can’t believe Coca-Cola want to donate. It’s so good for the charity.”

She also thanked Meet & Greet Events for supporting the trail by providing elves and a Spiderman free for a socially-distanced meet-and-greet with children earlier this month.

Nail Capon, 44, has decked up his and his neighbours’ bungalows in Miersfield, Cressex, in memory of a neighbour who sadly died of cancer in May.

He said: “My neighbour’s chosen charity was the Halo Trust so that’s who we’re raising money for.

“We have done a display for the past four years and decided to take part in the Winter Windowland Trail. We wanted to spread a bit of joy in this horrible time we are having.”

He said: “My granddad died of cancer and we know quite a few people who have had it.

“We were planning this display since the start of October and it took us about four days to put together.

“We’ve had some great feedback, with people saying it really brightens up the street and especially people who have had a difficult year.”

Mr Todd’s house, in Beech Avenue, is also on the trail and raising money for charity

Sophie, operations manager at Wycombe Women’s Aid, said the charity has been “absolutely overwhelmed by the support of the community”.

“We would like to extend our huge thanks to everyone who has been involved with the Wycombe Winter Windowland Trail, and to Coca Cola, for their really generous contributions.

“The donations we have received have been phenomenal and will be used to support our specialist work for children who have experienced domestic violence.”

“Thank you again to the people of High Wycombe – you are wonderful!”