I can’t believe how well this is all going – and in particular how quickly the cars are being recharged. Pit stops for recharging are taking no more than 25 minutes. The cars are running faultlessly, too. I have a bit of a drama in the Canon car towards the end of my stint as the predicted range drops to about 10 miles before the car suddenly goes into limp-home mode and then stops dead at the end of the Cooper Straight. I’m not allowed outside assistance, and although the entrance to the pit lane is only around the next corner, pushing a 2300kg EV uphill isn’t an option. What to do? Switch it off and switch it on again – and sure enough, the Taycan whirrs into life and I get back to the charging station.

The original plan was for me to start the attempt in the Salzburg car and then be the one to take it over the line at the finish. That has been scuppered by my uneconomical driving style, because we’re going to have to put in an extra charging stop, after which King will do the honours.

First, though, I have to get through my second stint. It’s now dark and raining heavily. Really heavily. Durrant is about to take over the Canon car for his last run before Dorlin takes over for the finish. We have an 8pm curfew, and it’s going to be very tight for us to achieve our 1000km target. Even Durrant is nervous, which is a bad sign. Had I gone off at 7am, it wouldn’t have actually ruined the day, because we would have just started a bit later. Now, after almost 10 hours of running, an off into the gravel would be a disaster.

Having consulted my excuse book, it turns out that the fresh and unscrubbed tyres on 4S might have been responsible Control room was set up at Brands to oversee the cars’ speed and efficiency for the temporary loss of control this morning, not my lack of car control. Actually, now that the track is teeming wet, it’s a bit easier, because there’s no dry line to find. Durrant warns me of a puddle on the Cooper Straight via phone to control, but he’s 10 seconds too late and I’ve aquaplaned across it.

I knew Brands pretty well before today but now, with two stints in the dark, I know every millimetre. At last I’m using less energy and still managing to match Durrant’s lap times. No moments, no kerbs used (Durrant asked us to avoid them to reduce the risk of a puncture; something the youngsters found harder to do). 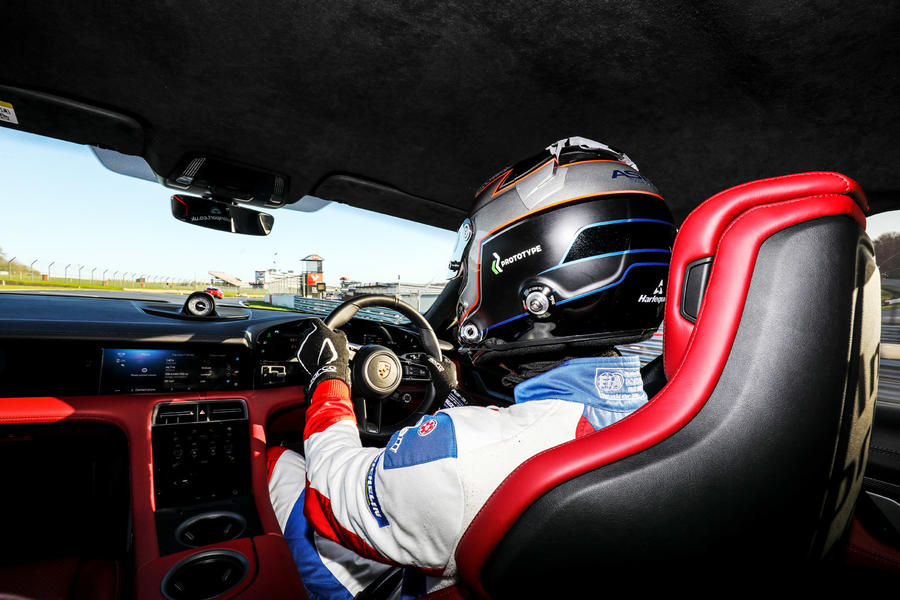