AnTuTu recently switched to version 9 of its benchmark, which features additional GPU tests (including Vulkan tests), the CPU tests were redesigned, memory, storage and UX tests have been changed too.

The scores aren’t directly comparable between the V8 and V9 benchmarks. That said, the rankings haven’t changed much – the Top 10 of the flagship section is completely dominated by the Snapdragon 888.

The Black Shark 4 Pro retains the lead position, though just barely as its average score dropped – AnTuTu takes the average of at least 1,000 devices to weed out any outliers. Also, if a model has different RAM/storage configurations, only the top-specced model is considered as that gets a higher score in the memory tests. In fact, its impressive memory score is why the Black Shark is on top.

Another gaming phone, the Red Magic 6 Pro, climbed up to the #2 spot thanks to its solid CPU and GPU performance – that built-in cooling fan helped keep the frequencies higher than other phones manage. The Red Magic beat the Oppo Find X3 Pro, which fell to #4. It was also beaten by the OnePlus 9 Pro, which now occupies the #3 spot. By the way, the AnTuTu team reports that the OnePlus doesn’t handle the heat so well. 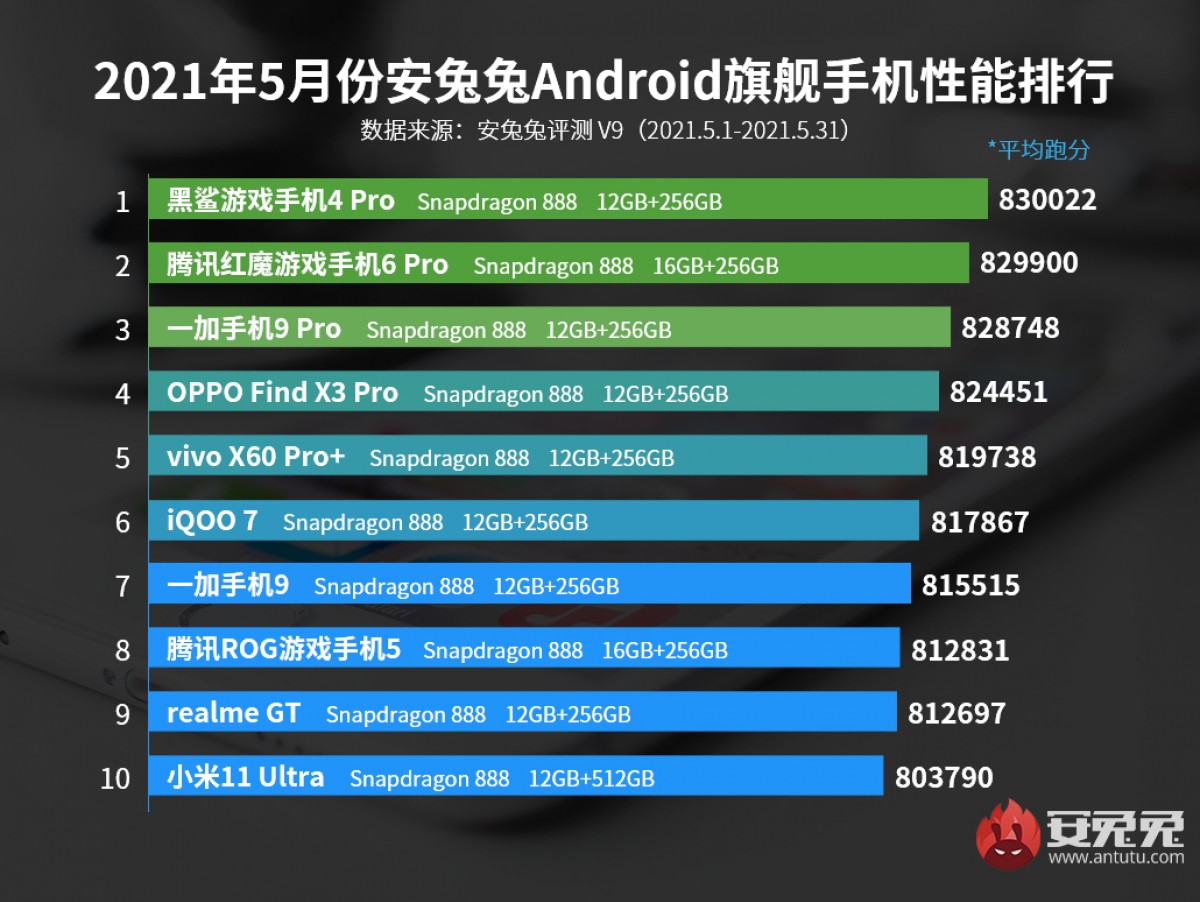 Top performing Android flagships for May 2021 based on AnTuTu scores

The Lenovo Legion 2 Pro (another S888-based gaming phone) and the vanilla Mi 11 fell out of the chart (they were #5 and #10 in April). The ROG Phone 5 enters the Top 10 this month, the realme GT was reinstated after concerns about how it handled benchmarks.

Next up, the mid-rangers. The Xiaomi Mi 11 Lite 5G, the first phone with the new Snapdragon 780 chipset, claimed the #1 position in its first month in the charts. This 5 nm chip with Cortex-A78 cores really opened up a gap to the competition.

Second place is held by the former leader, the Redmi 10X 5G and its Dimensity 820 chipset (7 nm, A76 cores). In third place we find the iQOO Z3 with a Snapdragon 768G, showing that the relatively old design is still pretty lively and is a better option than the newer Snapdragon 750G. Below that is a mixture of Kirin 985 and 820 phones. 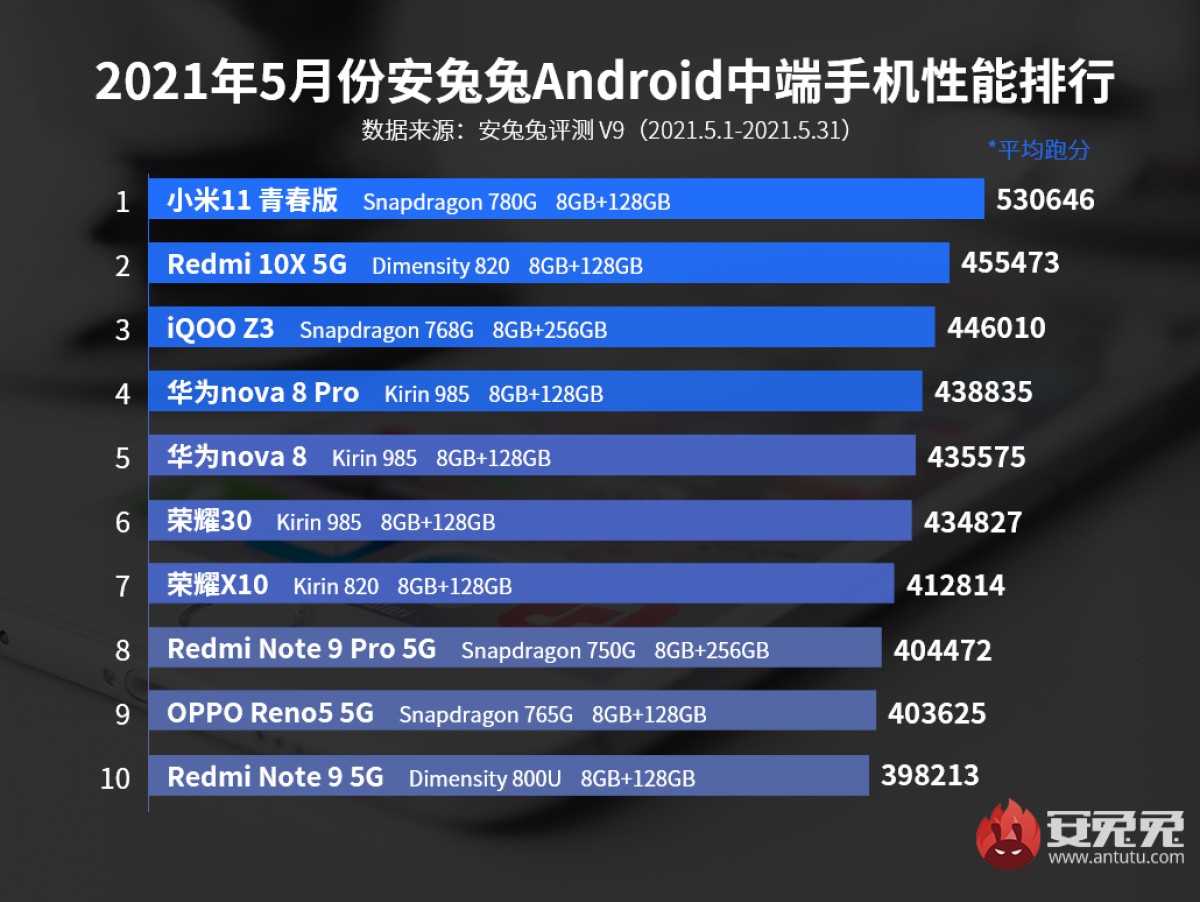 The S780G looks like a very promising mid-range chipset, but the first Dimensity 900 powered phone will become available later this month (the Oppo Reno6 5G) and may give it a run for its money.

As for the flagship segment, gaming phones definitely have a place in the market for those looking for ultimate performance. But buyers should keep in mind that it’s not all about the chipset – cooling and good quality memory chips can go a long way.

Source (in Chinese) | Via